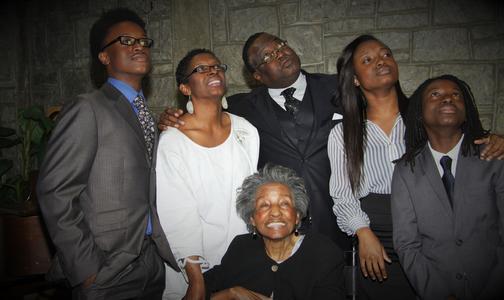 To schedule Dr. Slaughter for an event/speaking engagement, please click here to inquire.

Please join us for worship each Sunday at the beLOVEd commUNITY in the Pittsburgh Community of Atlanta.

Listen to "The Movement" talk show each morning 7-10am on 1380 WAOK AM News Talk Radio.

Dr. Slaughter was born in Memphis, Tennessee in 1962, to a Baptist preacher and an elementary school teacher. The son of the late Rev. Dr. James E. Slaughter and Velma T. Slaughter, he is a chaplain, spiritual consultant, college/seminary professor, Baptist preacher/pastor, pastoral theologian, husband and father. He is a husband and father of four. A minister of the gospel since 1986, Dr. Slaughter has served as Senior Pastor of diverse congregations in Illinois, Georgia and South Carolina.  He worked in social services as a mental health professional for many years “in the streets” as a case manager and as an administrator in community mental health and substance abuse programs on the west and south sides of Chicago.  He has worked full-time in community and pastoral ministry and in the academy since 1998; he is the senior servant of BeLOVEd commUNITY Church ATL.

Dr. Slaughter is a graduate of Tuskegee University with a B.S. in History (1991) and  master’s studies in Counseling and Student Development (1992), an honors graduate of the Morehouse School of Religion/ The ITC with a Master of Divinity in the Psychology of Religion/ Pastoral Care and minor work in Homiletics (2003) and he earned the Doctor of Theology degree in Pastoral Counseling from the ITC (2009).  He has served as a Chaplain and counselor for many troubled souls, and as a clinically-trained helping professional, in the capacity of pastoral psychotherapist and pastoral counselor.  He is an assistant professor (full-time) at the Interdenominational Theological Center in the Psychology of Religion/Pastoral Care department and has worked as a researcher at the ITC’s Institute for Faith-Health Leadership. Dr. Slaughter was the founding Faculty Chair of the Master of Pastoral Studies (MPS) Program at American Baptist College in Nashville, TN (2010-12). After stints as Interim Dean and Coordinator of Baptist Students he was elected President/Dean of Morehouse School of Religion (MSR) after leading a successful capital campaign resulting in MSR’s return to ITC; He also serves as center Chaplain and the director of the Gardner C. Taylor Preaching Archives which are housed at ITC, as well.

He is a member of Omega Psi Phi Fraternity, Incorporated, Theta Phi International Theological Honor Society, Who’s Who among American Colleges and Universities and has received citations from the House of Representatives of the states of Arkansas and South Carolina as well as the California State Senate. He is a member of both the Morehouse College Martin Luther King, Jr. Board of Preachers and the Collegium of Scholars.

An accomplished homilist, he has preached around the country as a revivalist and guest preacher and presented many workshops, seminars and presentations in the areas of stress management, cultural sensitivity & competency, pastoral development and ecclesial leadership, pastoral and congregational care, ethics, faith/health synergy among other topics, from an intentionally and unashamedly Black perspective.  He is the author of  Therapeutic Dimensions of Black Preaching and the Liberating Impact on a People of Color and other published articles. He also has worked as an on-air Inspirational Personality on Rhythm and Gospel, the nationally-syndicated radio program, is a frequent contributor to radio and television programs and he is the host of “The MOVEMENT w/ Dr. F. Keith Slaughter” on 1380 WAOK (CBS Radio) in Atlanta. He is the loving husband of Arnetta and proud father of Maya, Mariah, Keith II, and Mahli. 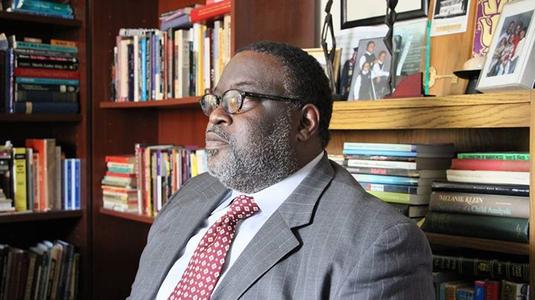